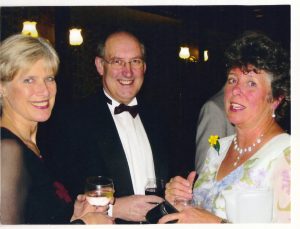 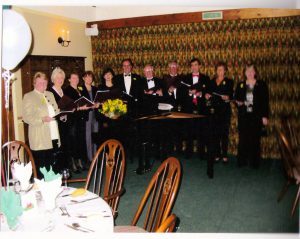 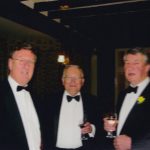 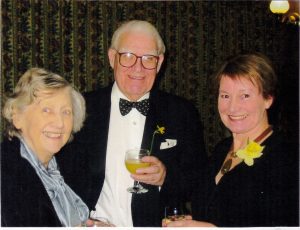 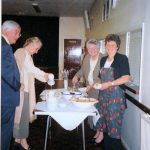 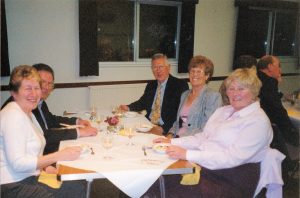 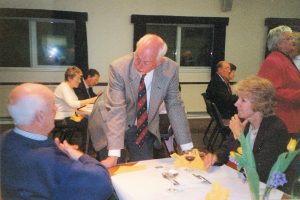 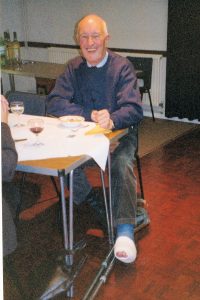 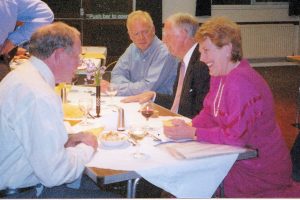 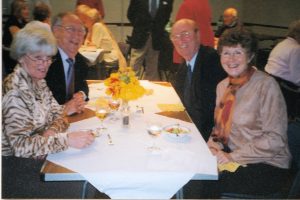 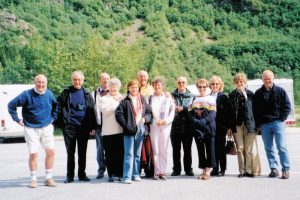 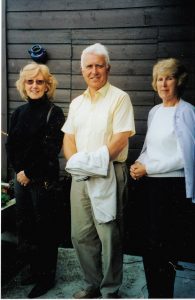 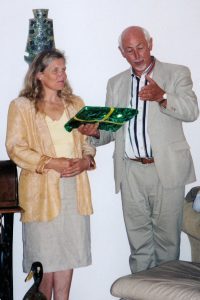 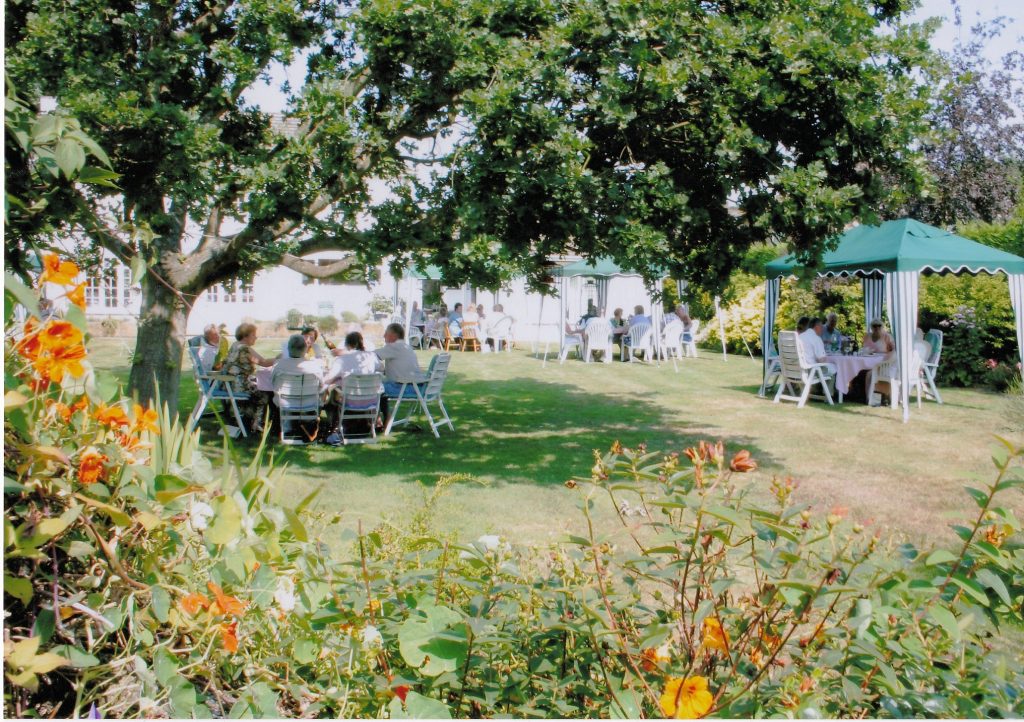 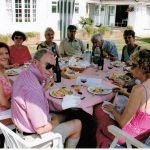 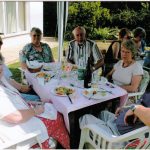 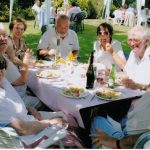 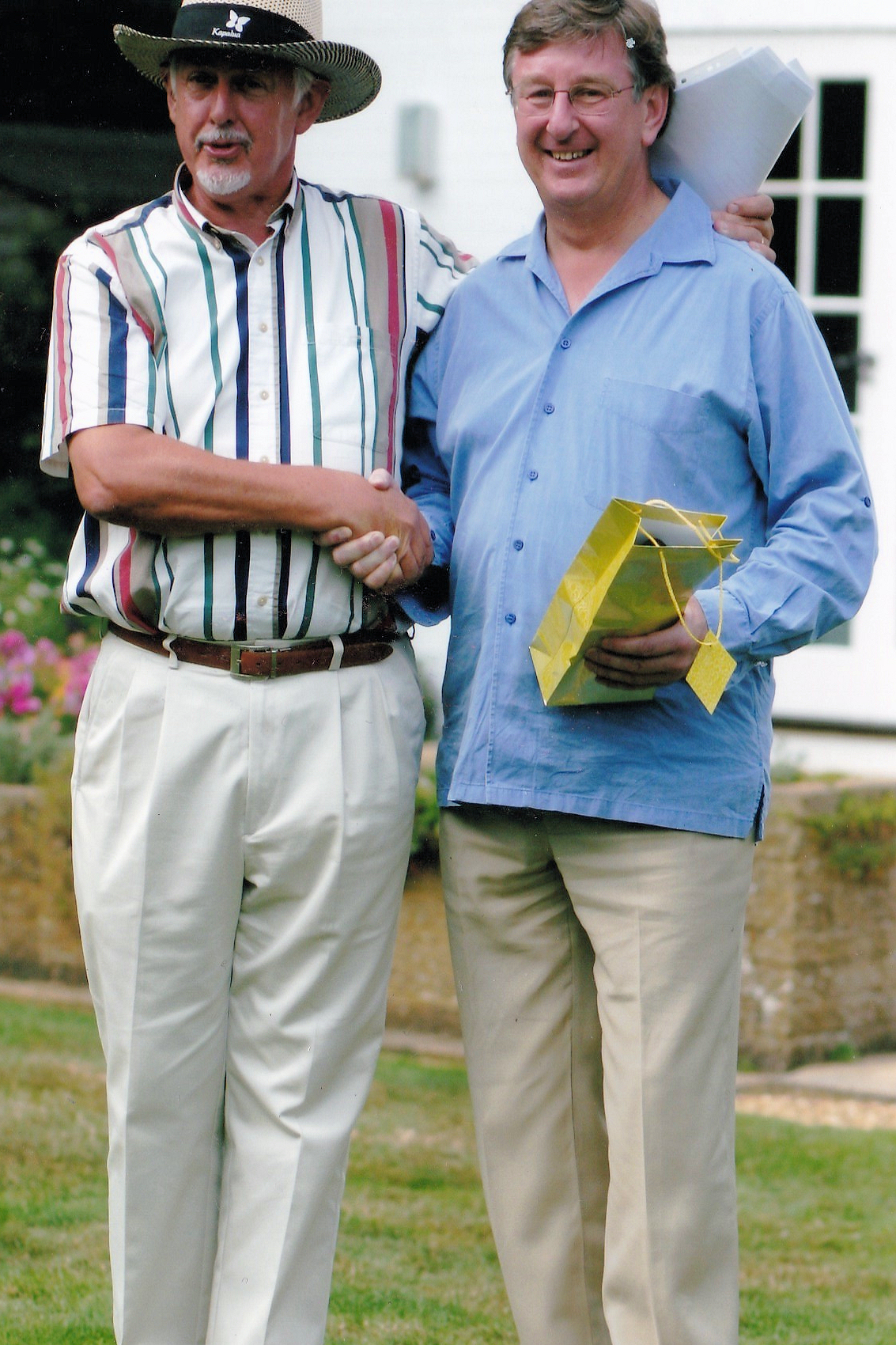 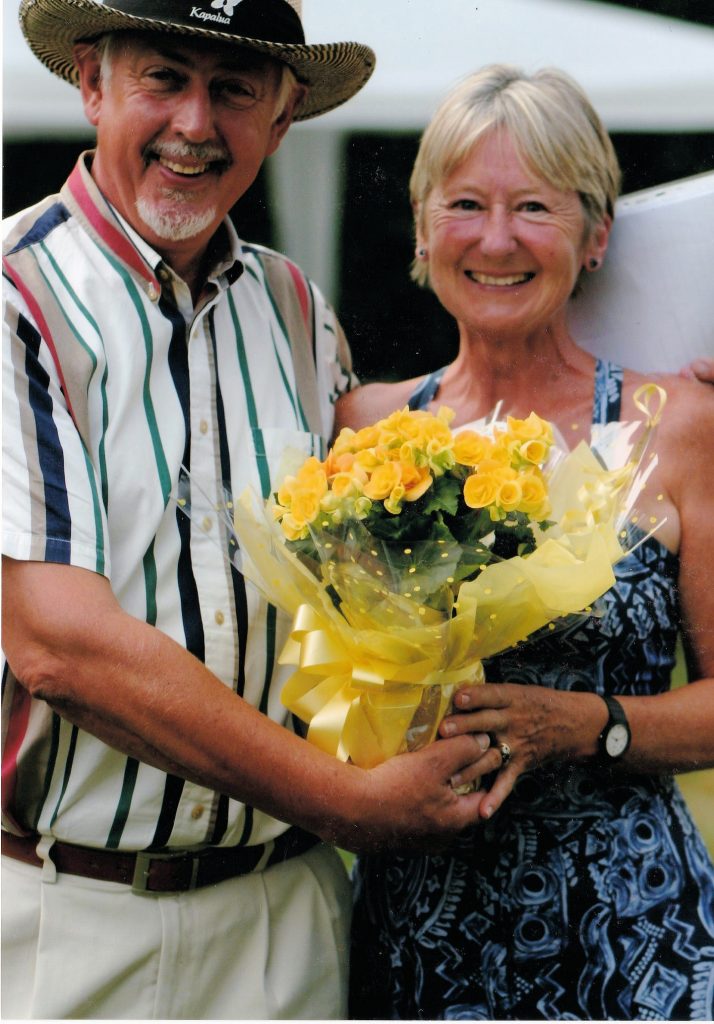 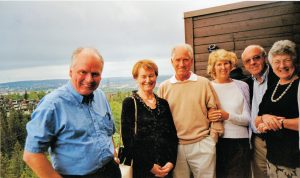 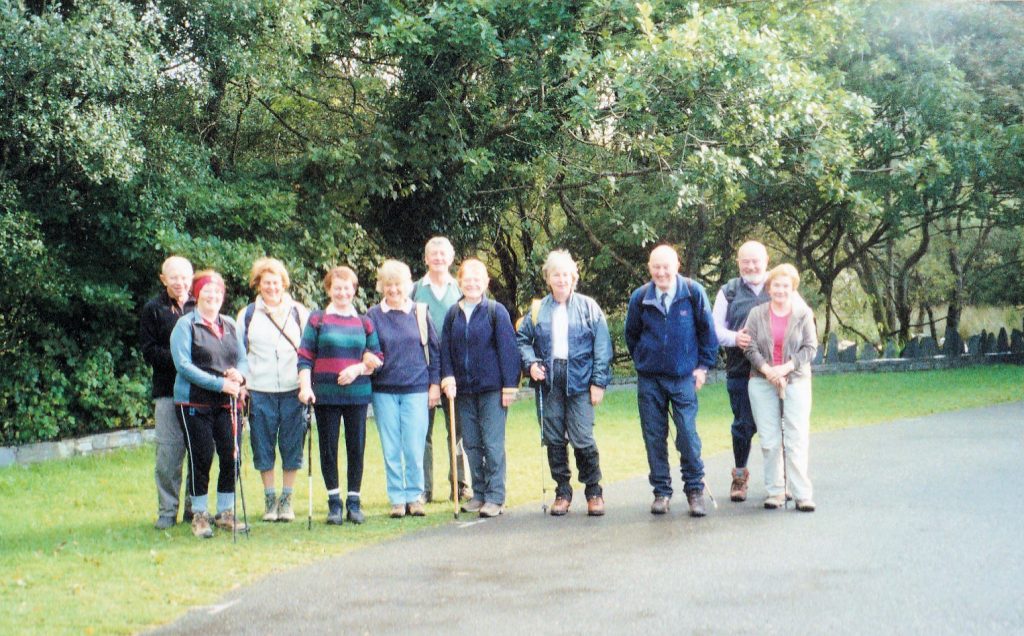 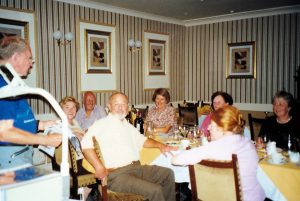 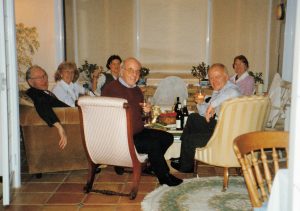 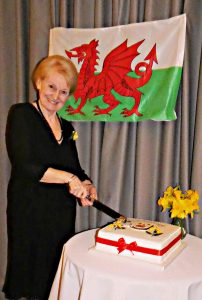 This year we celebrated the twentieth anniversary of the Society’s inaugural event, at which the founding members had sat down for a special St David’s Day dinner. After we’d taken our seats Ann Evans recalled that first meal she’d arranged for a small group of friends who shared a Welsh heritage. Ralph Broomby reminisced that at the time he was doubtful the idea of a Welsh Society would take root. But it had grown and thrived. He congratulated our Life President and founder, and also the members of the Society on its continuing vitality.
We welcomed three visitors, of whom David & Glenys Evans have become our latest members.

The event followed our established pattern with the 65 diners enjoying a sparkling drink as they gathered at Harewood Downs Golf Club. The special anniversary cake was on show and much admired. A plentiful display of Daffodils decorated the tables. 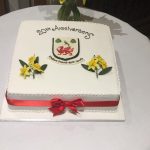 The venue and their new chef did not disappoint. The most popular menu choices of Lamb Shank and Poached Pear drew particular compliments. The Sea Trout was excellent. Known locally as “Sewin”, this fish was a regular seasonal catch from the River Taf in West Wales where I grew up. This year, for the first time ever, any Sewin and Salmon caught by the local anglers have to be returned to the river. So my choice was flavoured with a touch of nostalgia. 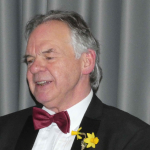 As the meal drew to a close our chairman, David Powell, rose to speak. He thanked the staff and all who had helped organise the event, and then introduced Glain Dafydd, the accomplished young harpist who provided our entertainment. 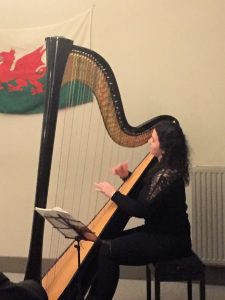 Originally from Bangor, Glain’s resume showed that she had studied in Paris and won various international awards, as well as graduating with distinction from her postgraduate studies at the Royal Academy of Music. Unsurprisingly therefore her repertoire for the evening was varied, and every piece beautifully played. The music she played on the evening was:
La Source (Hasselmans); Impromptu Caprice (Pierné); Merch Megan; Llety’r bugail; Ar hyd y nos; Sun Dance (Mathias); Suite BWV (J.S.Bach); Au Matin (Tournier)
After her performance Glain was presented with a bouquet of flowers by Irene Powell, and the formal dinner was closed with a heartfelt rendering of Hen Wlad fy Nhadau. 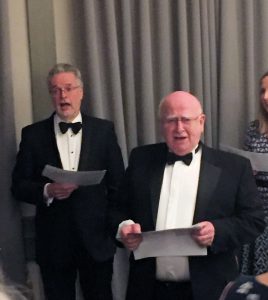 Of course, the evening would not be complete without our traditional sing-song, so John Breese took his place at the piano. Despite his very topical concern that an assemblage giving full voice might risk spreading viruses, Barrie Reece could not resist once John started to play Calon Lan and he was soon joining in with gusto.

A most enjoyable evening, and we now look forward to next year’s Dinner at which we will be joined by a special speaker and renowned Welshman, Rowan Williams.

Once again we were blessed with perfect golfing weather.  I cannot recall having played our golf day in any other conditions.

The scores of the team competition were very close, and was won by Pam Britton, Colin Thomas and Robert Brett.

The winner of the individual stapleford score was Irene Glynn-Jones, who returned a fantastic score of 44.  Irene played an excellent round of golf and her putting was outstanding.

The ladies’ nearest the pin was won by Jane Morris and the men’s by Eryll Morris.  Perhaps they have been practicing hard together!

Unfortunately the numbers of golfers went down this year again, but we had full support from those members of the Society who came to the lunch.

Chris Thomas and Pam Britton were thanked for organising the golf day and the club staff for a very enjoyable meal.