The Annual General Meeting – 9th May

AGM’s are often dry, tedious affairs, but not with CDWS!

Our chairman, Jonathan Pegler welcomed over 50 members to the AGM held in the village hall in Coleshill. Jonathan described some of the highlights of the previous year, including the trip to Highgrove, our St David’s Day dinner, the perfect weather for the Summer Lunch, the Golf Day, the four day sightseeing trip around Cardiff, visiting the Magic Circle and the Christmas Get-together.

A quick straw-poll revealed that there was sufficient interest in a visit to see the London Welsh Festival of Male Choirs at the Albert Hall on October 18th. Details will be circulated soon.

Graham Beavan briefly explained the intricacies of the Society’s funds, reassuring the membership that we still had some.

With the formal part of the evening over Ann Tennant and her staff provided a delicious choice of hot dishes and desserts – so difficult to choose between that I had to try several of them. 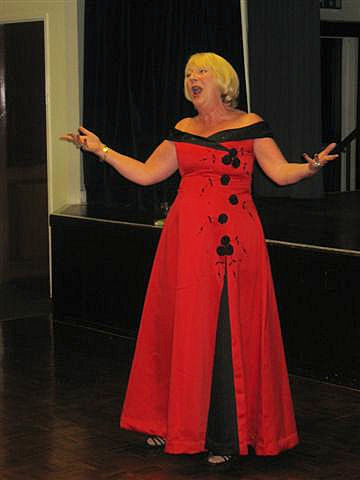 Finally, we were entertained by Glenys Groves, accompanied at the piano by Francine.  Glenys ran through a selection of songs from opera and musicals, some well known, others a new treat.  I had never heard Cole Porter’s song about the Little Oyster before!

Glenys finished to well deserved and enthusiastic applause. We then quickly restored the hall to order and said our farewells at about 10:30.

A small, but elite party met by the village pond in Hedgerley on Saturday 17th May. We knew that our search might be in vain, but we were prepared to overcome many hardships in our search for late bluebells.

In fact the weather was perfect, the going easy, and yes! – we did find some late blooming bluebells. We were told that if we kept our eyes peeled, we might spot some rare wild orchids growing next to the path – but no-one spotted them.

We meandered around the wood, with Gwyn and Jean Owen striding out ahead acting as pathfinders while others admired the wild flowers and tried to identify them.

After an hour or so we reached the church with an interesting churchyard, indicating that we were arriving back in civilisation – and there would be a pub nearby!

And what a pub – the journey was rewarded with a visit to The White Horse in Hedgerley, well known for both its food and beer. We sat in the garden talking of previous more adventurous escapades while enjoying one of a variety of beers from the cask and a great selection of hot & cold dishes.