This is an update on the two events we’ve had so far in August and September.

On 20th September we will also have our Tour of Oxford with a Welsh theme, and I’ll add a report as it becomes available.

Maldwyn still has some tickets available for the Male Voice Choir Concert at the Royal Albert Hall on 13th October, so please contact him if you’d like to come along.

At the end of August we had the  very enjoyable Golf day at Oakland Park Golf Club.   A full description will follow, but I’ve added Maldwyn’s photographic record of the event below (bottom of the page). 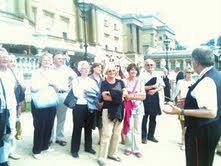 On 4th September,  Anne Thomas organised a trip to see the State Rooms at Buckingham Palace and a tour of the gardens.

Tuesday 4th September was a glorious day. Some twenty five of us met at Buckingham Palace for our tour of the State Apartments.

Equipped with our earphones we were guided through the Throne Room, the Picture Gallery, the Dining Room, the Music Room,  the Ballroom, to name but a few; and instantly became absorbed into the lavish and historic world surrounding us. Elaborate cornices, lanterns and domes rose resplendent above us encrusted with symbolic motifs such as shamrock, rose and thistle (where was the daffodil or the leek?!) whilst regal red and gold engulfed us. The great masters from Titian to Van Dyke graced the walls and Andrew Lloyd Webber’s manuscript of the anthem he’d composed for the Diamond Jubilee was a centre-piece in a calm blue, lapis-lazuli pillared Music Room. The Ballroom, much loved by Queen Victoria, was home to eleven foot high and almost six foot wide English crystal chandeliers which apparently are lowered and sprayed with water before being hand dried with a soft cloth and raised into position. Did anyone recall that particular episode in “Only Fools and Horses?!”

Nash had a field-day when he transformed Bucks House into Buckingham Palace. No wonder he was relieved of his duties for exceeding the budget!

The dazzling diamond display of royal crowns, tiaras, necklaces, earrings and brooches was truly spectacular. When you read this, Jonathan, I particularly like the necklace …..

Our afternoon was spent in the gardens with Keith, our highly informative and entertaining guide.

We strolled along the Queen’s Walk admiring the champion trees, shrubs and the design of the borders. Apparently, only ten gardeners attend to the vast grounds! The roses were still in bloom and we viewed the particular rose bed the Prince of Wales had laid in memory of the Queen Mother. The tennis court on which Fred Perry played, and later McEnroe and Borg, gave rise to some interesting tales and all too soon we finished our delightful visit on a peaceful note beside the lake.

Many  thanks to Anne Thomas for organising such a wonderful outing for us. How ever did she even manage to get the weather right?! 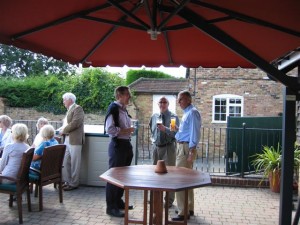 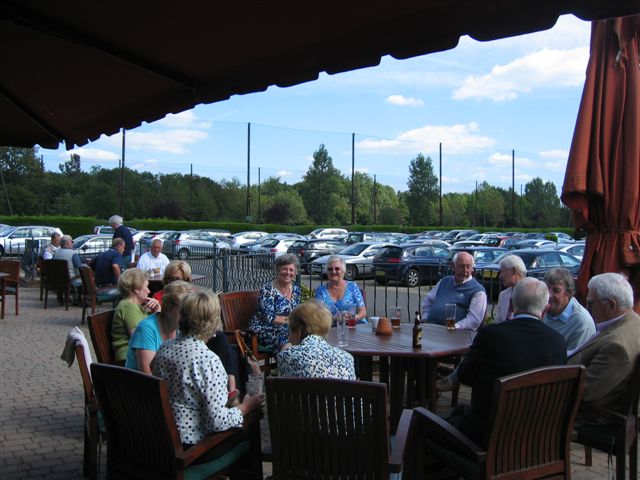 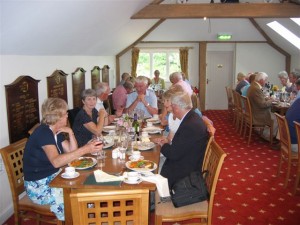 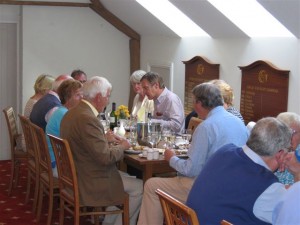