And here we had the appearance of our own Rumpole of the Bailey in the form of Welshman, His Honour, Judge Tudor Wyn Owen FRAeS, now retired, He was educated at Aberdare Boys’ Grammar School and King’s College London (LLB). He was called to the bar at Gray’s Inn in 1974 and gained an excellent reputation in Aviation Law and Crime. He is a Fellow of the Royal Aeronautical Society, Freeman of the City of London and Liveryman and past master of the Worshipful Company of Pilots. He served as a Recorder on the South Eastern Circuit from 1991 to 2007.
As a true Welshman, his anecdotes of his experiences as a pilot, his knowledge of technical jargon, his ready wit and delightful humour in accounts of his dealings with miscreants as a Judge were a delight to the ear. His experiences with Juries, his acknowledgement of learning most from cases which arrived at a wrong decision (in his estimation) were delivered with the rapidity of a Spitfire Browning Machine gun! He was very much thanked for his attendance and his ability to engage his audience in a most delightful and informative way!

His address, of course came at the end of the Dinner that started with a convivial reception at the excellent venue of the Harewood Downs Golf Club where national flags were prominently displayed. The sumptuous 3 course meal (finished with Coffee and Mints) was well sampled and enjoyed by all present where Mains were chosen from Lamb Rump, Roasted Salmon Fillet and Confit Duck Leg, Wine was in full flow, and conversations raged at each of the tables! (If ever you want to know how a social occasion is progressing, listen to the music of the conversations!!). No-one seemed to share any grief for the English who had been so roundly conquered by the Welsh Rugby Team in the International at the Millennium Stadium the previous week (poor dabs!) 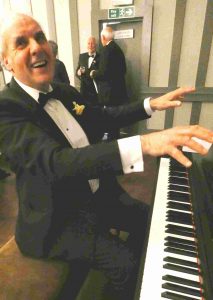 Just before people were ready to depart, Pianist John Breeze struck up on the keyboard in true Canu o’r Galon (“singing from the heart”!!) vein with Calon Lân as a starter and then we progressed meritoriously through the usual classic full bodied and blooded Welsh Songs and Hymns that always adorn our functions, using “song sheets” provided by Gwyndaf, and augmented by the sonorous tones of a melodic tudor Judge. We finally ended up with a great rendering of Delilah! (I seem to remember the ground actually shaking in parts of the voluminous dramatic delivery done in fortississimo(FFF)!!!) 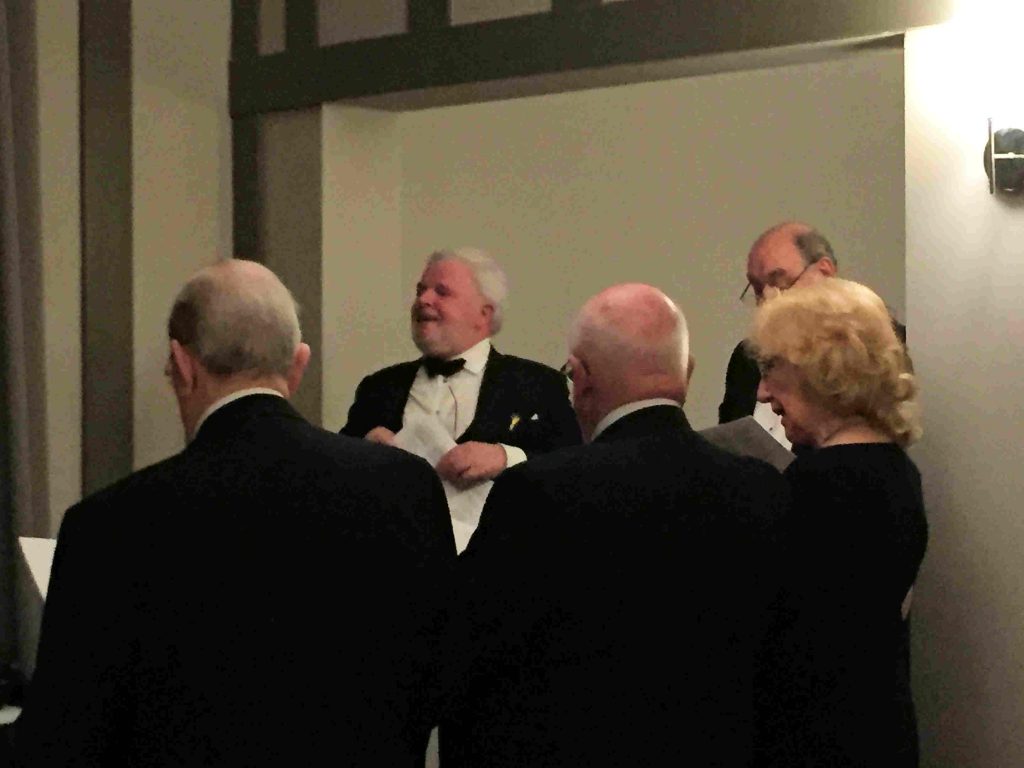 Many more of Barrie’s pictures can be seen here!