Our annual Dinner to celebrate our patron saint was held at the Gerrards Cross Golf Club.

We all met at about 6:30pm, with a few stragglers coming in a few minutes late, flushed with the news that Wales had defeated France in the Six Nations 20-13 in Paris. 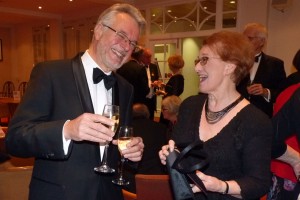 We were greeted with a glass of bubbly, which gave us time to chat to old friends, catch up on news and find out where we’d be sitting.

Over 70 people attended, a very good turnout and we filed into the dining room at about 7:15 to find our places among the 8 tables.

Our President, Ann Evans said grace and we sat down to dinner.

The menu was a little different this year with a choice of Ham Hock Terrine or Stuffed Mushrooms, Welsh Cawl or Salmon en croute, Crème Brulee or Welsh Cake Bread and Butter pudding followed by Coffee and mints. The food and service were excellent, as usual at the Golf Club. 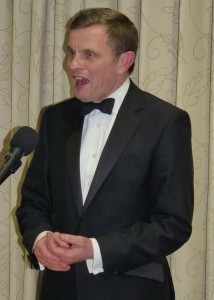 David Jones gave us an entertaining talk, starting by telling stories about his hero, Winston Churchill. Entering parliament had been David’s ambition since he was a child. His Ministerial and parliamentary career had led to travels around the world, giving rise to some unexpected experiences and amusing anecdotes for his appreciative audience. He finished his speech by saying how proud he was of his Welsh antecedents and revealing his passion for keeping the United Kingdom together.

He mentioned that, with the election coming up he was looking forward to the canvassing, especially as it gave the opportunity of going out and meeting people outside the political circle.

Rob Britton, who himself had been a parliamentary candidate, gave our thanks for such an entertaining and enlightening talk and we then all sang the Welsh National anthem, Hen Wlad Fy Nhadau.

Later, we gathered around the piano with our song sheets to sing along whilst John Breese played many of our old favourites. 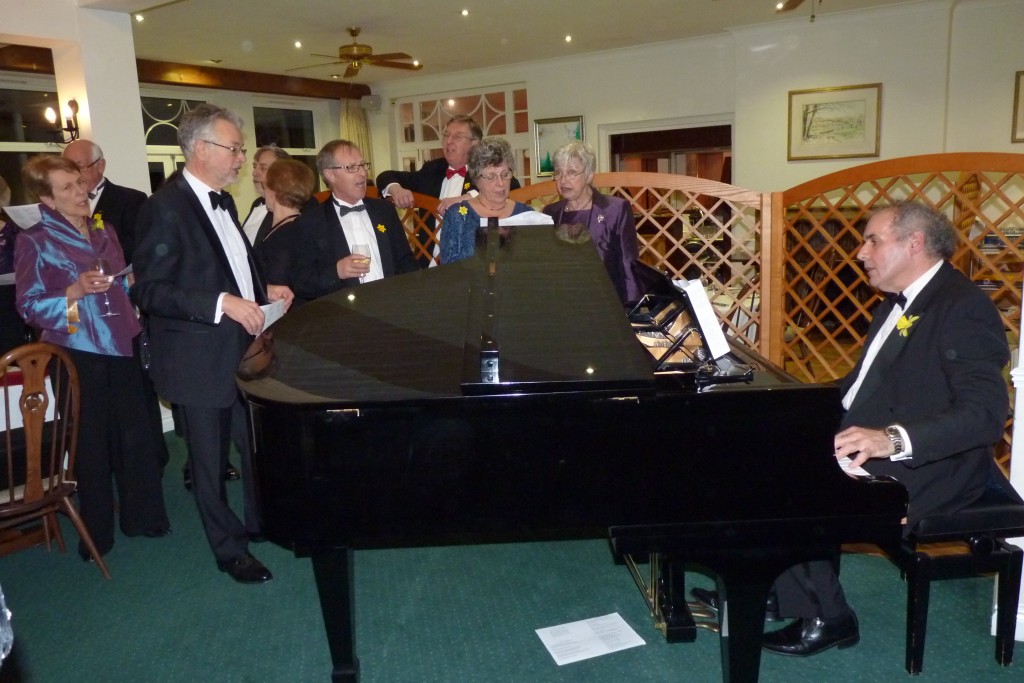 Or just listen to us sing I bob un sy’n fyddlon here:

See more photographs of the evening

Our thanks go to the staff at the Golf Club and to Gwyn and Jean Owen for arranging the evening.