We had a tremendous turnout for the 2013 AGM, over 60 people travelled to the Coleshill Village Hall.

As Chairman, Gwyndaf John welcomed everyone and remembered all the events that had been organised over the past year. Membership at the yearend was 109 paid-up members (plus a few honouree ones).

Our Treasurer, Graham Beavan, went through the accounts which showed that we actually made a slight profit for the year; the books are looking quite healthy.

Jonathan Pegler then took us through the proposed amendments to our Constitution. Jonathan explained that the original Constitution was drawn up over 10 years ago when the Society was first proposed and the actual running of the group has deviated from that over the course of the years. The revisions refer to small things like the approval of the accounts, membership of and elections to the committee.

What may have been a dry subject was brightened up by some lively questioning from the floor, but with a couple of very minor revisions, the new Constitution was unanimously approved.

Gwyn, then turned to elections to the committee. This year, four members of the committee are standing down, after many years of really fantastic service, these are: Bob Ford, Eileen Mitchell, Hugh Griffiths and Maldwyn Pugh. Bob and Hugh are past chairmen, Eileen was our Treasurer for many years, and Maldwyn was secretary and did most of the administration behind the scenes for many a year.

Gwyn congratulated them all, and presented them with small tokens of the Society’s appreciation. At this point, Gwyn announced that he was standing down as Chairman, and would be succeeded by Jonathan Pegler. 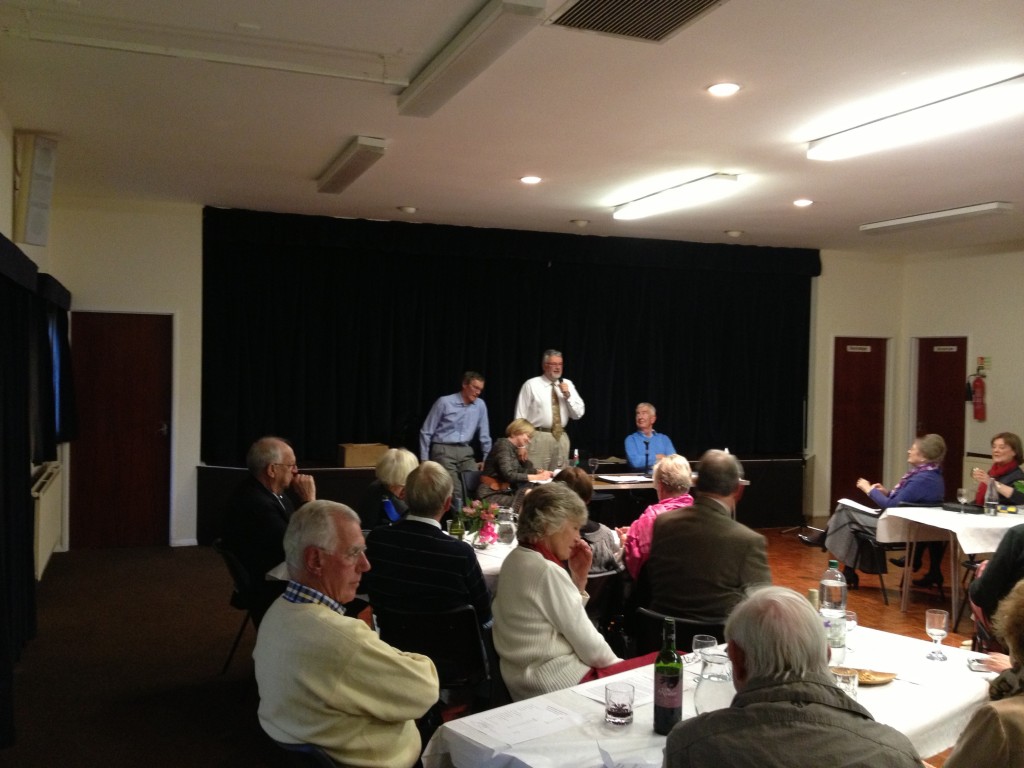 Jonathan and Gwyn gave fair warning that other members could be co-opted onto the committee – and therefore no-one should feel safely out of the running.

Ann Tennant’s team then provided an excellent hot meal with choice of puds and coffee.

The entertainment for evening was provided by Maldwyn Pugh , who gave an interesting and amusing talk about his childhood growing up in a welsh dairy business in Soho. Maldwyn described his family memories and those of wartime. 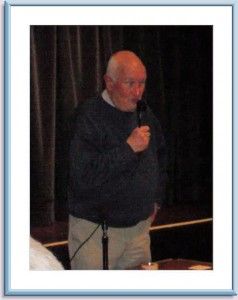 As his talk progressed he started to reveal stories of some of the characters he got to know as a child and teen. Maldwyn then started talking about some of the street trade that he was able to observe from his vantage point living above the Soho streets. He also offered to reveal even more if approached discreetly after the talk.

We finished about 10pm and there were willing hands to help clear the hall before we left.