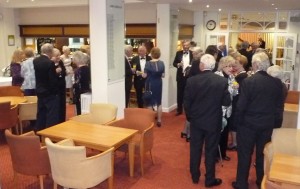 We met at 6:30 to give us a chance for members to catch up with friends both old and new and chat over a glass of bubbly or orange juice. 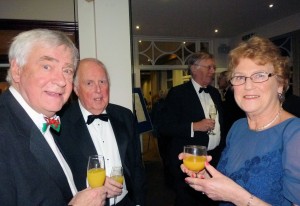 At about 7:15 we went into the dining room and Chairman Kay Day greeted a record turnout of 84 people and welcomed 5 new members. 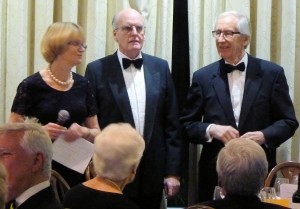 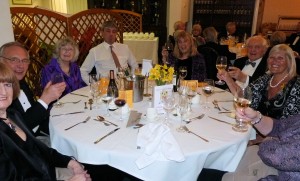 There was then a chance to chat to our neighbours at the table. At our table we wished Eilwen Turner a happy birthday as she was born on St David’s Day.
The food was excellent featuring Welsh Lamb Rump (of course) or Haddock as an alternative.
Liz Seely, who was sitting next to me, said that her food was the best she’d ever had in any golf club – up to gourmet standards!

I went round and took some pictures of people sitting at their tables. 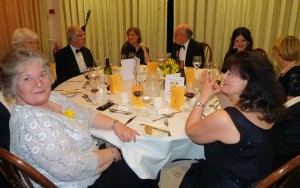 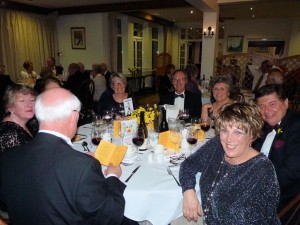 There are more pictures on the ‘gallery’ page of the web site.

Kay then introduced our soprano, Alys Roberts, accompanied by Iain Ledingham at the piano. 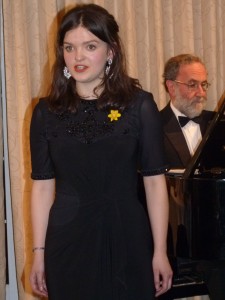 Iain, who lives locally, is a professor in the piano, vocal and opera faculties at the Royal Academy of Music. He coaches many young Academy singers and pianists in preparation for operatic and concert work, and also trains and conducts choirs. Alys is one of his most promising young students. 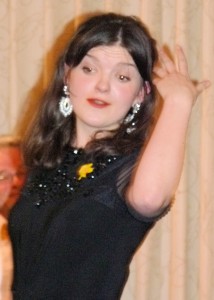 Alys studied music at Durham University and is now at the Royal Academy. She has been a solo soprano at Durham Cathedral and has sung at many other locations.

Alys entertained us, starting with some Welsh folk songs, and then moving on to a selection of operatic arias including pieces from La Boheme, Romeo and Juliette.

I particularly liked her version of Summertime in Welsh. Alys finished with some more Welsh folk songs, this time as arranged by Benjamin Britten. 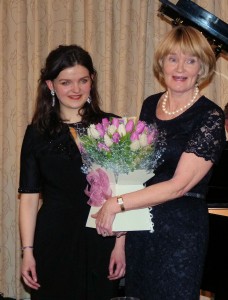 Kay then thanked our musicians and presented them with small tokens of our appreciation.

Alys and Iain stayed on for a while to chat to people before they left. 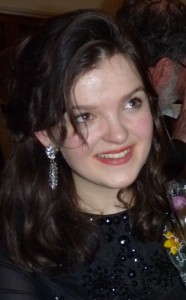 Meanwhile, our stalwart singers prepared themselves.

I’m afraid that my party were feeling a little tired, and needed to leave at this point, so I am unable to report back on the quality or quantity of the singing, but based on previous years, I’m sure that a great time was had by one and all.