This year Bill & Dilys Dover kindly allowed their lovely house in Gerrards Cross, to be taken over for our Christmas do.

The Committee had been worried – would enough people turn up? The committee were worried – there were too many people accepting invitations, how could they explain the mass invasion to the Dovers?

In the end it worked out fine about 60 arrived – not too many, not too few.

The caterers, ‘To Dine For’ turned up promptly and took over the kitchen, working expertly to create a variety of canapés.

Guests starting arriving at 12:30, several waiting in their cars until the due time, as they had arrived too early. 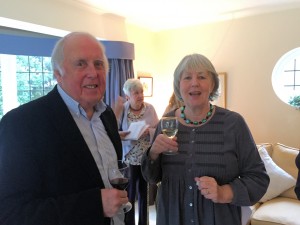 The Dover’s house is ideal for such a congregation, and most people descended on their large conservatory with the lovely views of the garden, to catch up and discuss important society gossip matters. 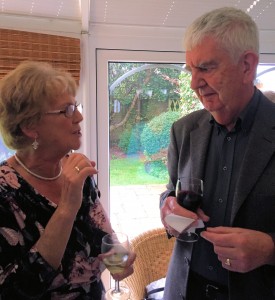 Our Treasurer, Graham Beavan, descended gleefully on newcomers to welcome them and demand a token fee for the proceedings.

The ladies looked stunning, and many a comment was made about Jayne Pegler’s lovely blouse. 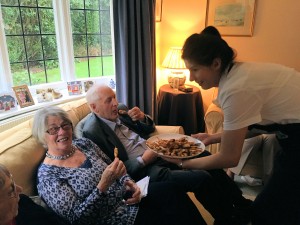 The canapés came round and were appreciated by all. Just when you thought you were quite full, another really interesting plate came around, which would be a shame to miss. 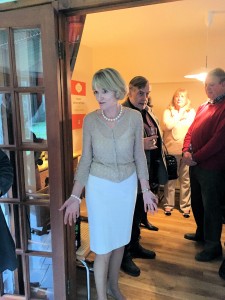 Kay looks for the hosts

Our Chairman, Kay Day, rounded up our hosts to thank them for their generous hospitality and present them with a token our appreciation. 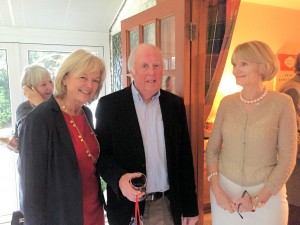 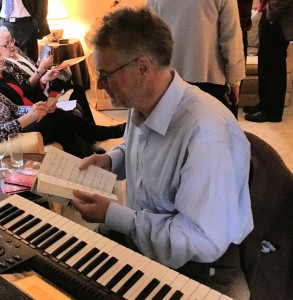 Jonathan prepares for the carols

Around 4pm as the light began to fade, and people drifted towards the living room where Jonathan Pegler was ready at the keyboard to orchestrate the carols and singing of Welsh favourites. 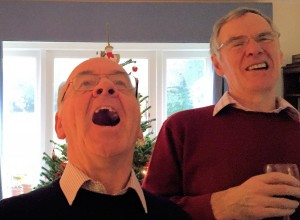